Priorities for protection within Bears Ears are its cultural, wildlife, natural, and scenic values. Each of these values has immeasurable spiritual importance and are imperiled by some or all of the threats described below.

For more than a century, the Bears Ears region has been a target for looters and grave robbers due to its spectacular archaeological and cultural resources.

More than a dozen serious looting cases were reported between May 2014 and April 2015. 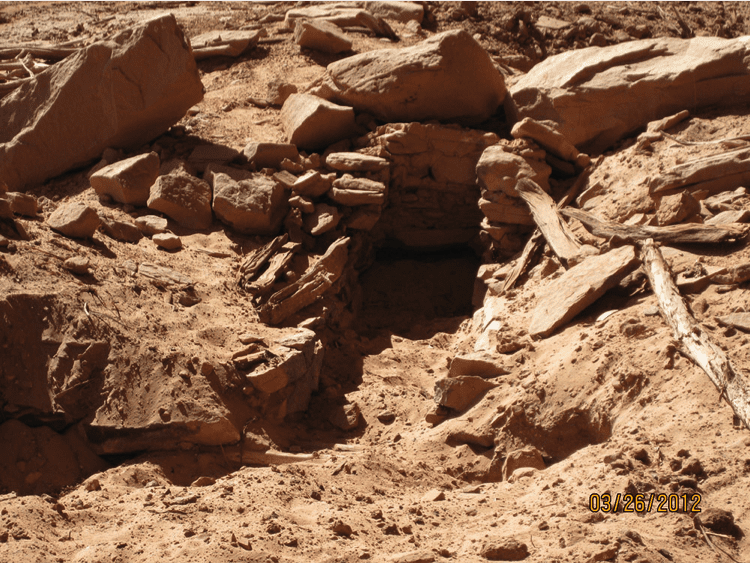 An ancient grave desecrated by looters. Photo courtesy of the BLM.

From small-scale theft to ancestral remains being tossed aside as graves are plundered, these deplorable acts are threatening the past and future of sacred archaeological sites in Bears Ears. Looting, desecration, and destruction impact the integrity of the archaeological record and impede the ability of archaeologists to understand the past. It also infringes on the cultural and spiritual health of Native peoples, as well as the passage of knowledge to the next generation.

A drill rig with the Bears Ears buttes in the background.

Oil and gas companies are pushing for new leases in the Bears Ears region, particularly on Cedar Mesa and Tank Mesa where oil exploration is returning for the first time in decades.

The Utah legislature recently passed legislation calling for an energy zone that covers much of the Bears Ears.

In the same legislative session, another draft resolution declared that the “highest and best use” of Cedar Mesa was energy development.

In Lockhart Basin and on Hatch Point and Harts Point in the northern reaches of the Bears Ears region, breathtaking landscapes once slated for inclusion in Canyonlands National Park face contemporary threats from oil and gas drilling and potash mining which would forever mar the landscape. These areas, which can be seen prominently from Grandview Point in the park, deserve preservation for future generations. Both oil and gas and potash exist in abundance outside the Bears Ears region; Bears Ears is too wild and untouched to sacrifice.

Uranium was once mined here too in great quantities, and though the boom has ended, many sites are still hazardous to the health of humans, plants and wildlife. Much higher quality uranium resources exist nearby, and as the scars of uranium extraction fade, Bears Ears deserves a chance to heal.

Small but significant deposits of tar sands exist here too, buried deep under the spectacular scenery of White Canyon. Though their development is unlikely, new protections are needed here to make sure these tar sands, the dirtiest form of oil on earth, remains in the ground.

While our Coalition is not opposed to energy development, we believe the Bears Ears area is too valuable to drill for temporary economic gain. Rather than sacrificing this incomparable place for the extraction of the low-quality energy and mineral resources found here which exist in abundance elsewhere, the National Park-quality landscape, wildlife, recreational, cultural, and historical resources found in the Bears Ears region deserve permanent protection. A protective designation for the area would protect the unrivaled landscape and irreplaceable cultural and historic resources here from future mineral and energy development. However, valid existing rights for mining and energy development could still be developed within the proposal area.

Irresponsible off-road vehicle use causes significant impacts to both the scenery and archaeological and cultural resources found in Bears Ears. Everything from illegal recreation off of designated trails to individuals straying off road in vehicles to collect natural and cultural resources visually and physically impairs archaeological sites, landmarks, and the experience of other land users.

Significant and irreversible damage has already occurred here due to decades of irresponsible use. New protections for Bears Ears will lead to better management of off-road vehicle use, improving the recreational experience for everyone who visits, including off-roaders who want to enjoy Bears Ears. 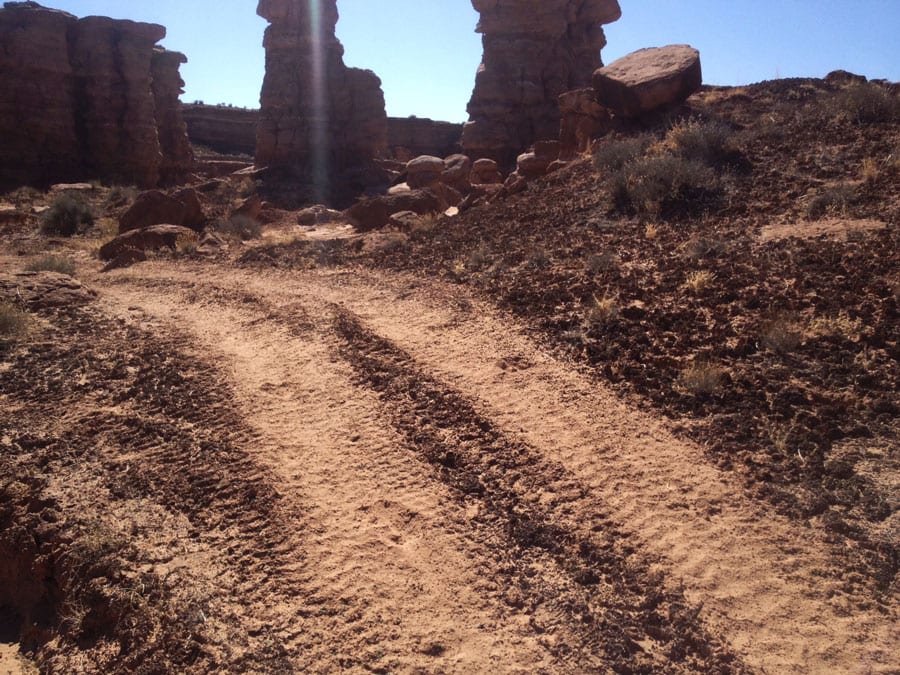 Damage caused by an off-route ATV rider in the Chimney Rocks area. 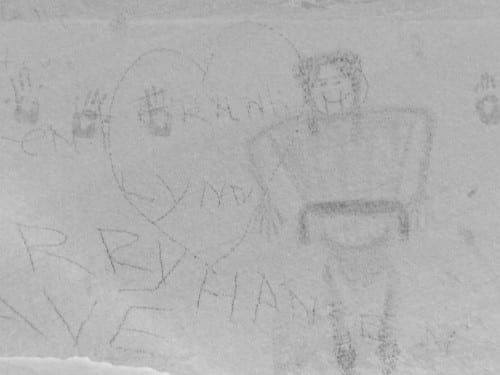 Vandalism by unsupervised youth at a 1500 year-old rock art site.

Visitation to the Bears Ears region is rapidly increasing over this widely dispersed area. Many visitors don’t yet understand the impact they can have on future visitors, scientific research, American history, and Native American culture when they choose to damage structures, bring dogs and metal-tipped hiking poles into sites, or illegally remove artifacts. Many believe they aren’t hurting anyone by taking home a pot sherd to remember their trip by – after all what’s one pot sherd?

However, the cumulative impacts are great: many of our sacred sites are disappearing one building stone, one ancient corncob, one pot sherd at a time. The more visitors are educated, the better off Bears Ears will be. Education and resources for management will help protect archaeological sites and save the past — and the future — of Bears Ears. 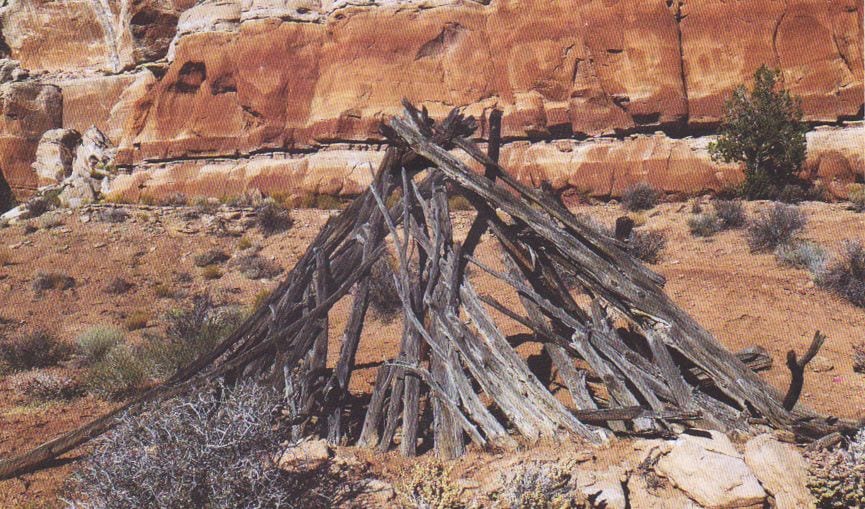 This 19th century Navajo Hogan was destroyed in 2012 by campers who used the structure for firewood.