On December 28, 2016, President Barack Obama proclaimed the new 1.35 million-acre Bears Ears National Monument in southeastern Utah. This new monument protects one of the most significant cultural landscapes in the United States, with thousands of sacred cultural sites and important areas of spiritual significance. 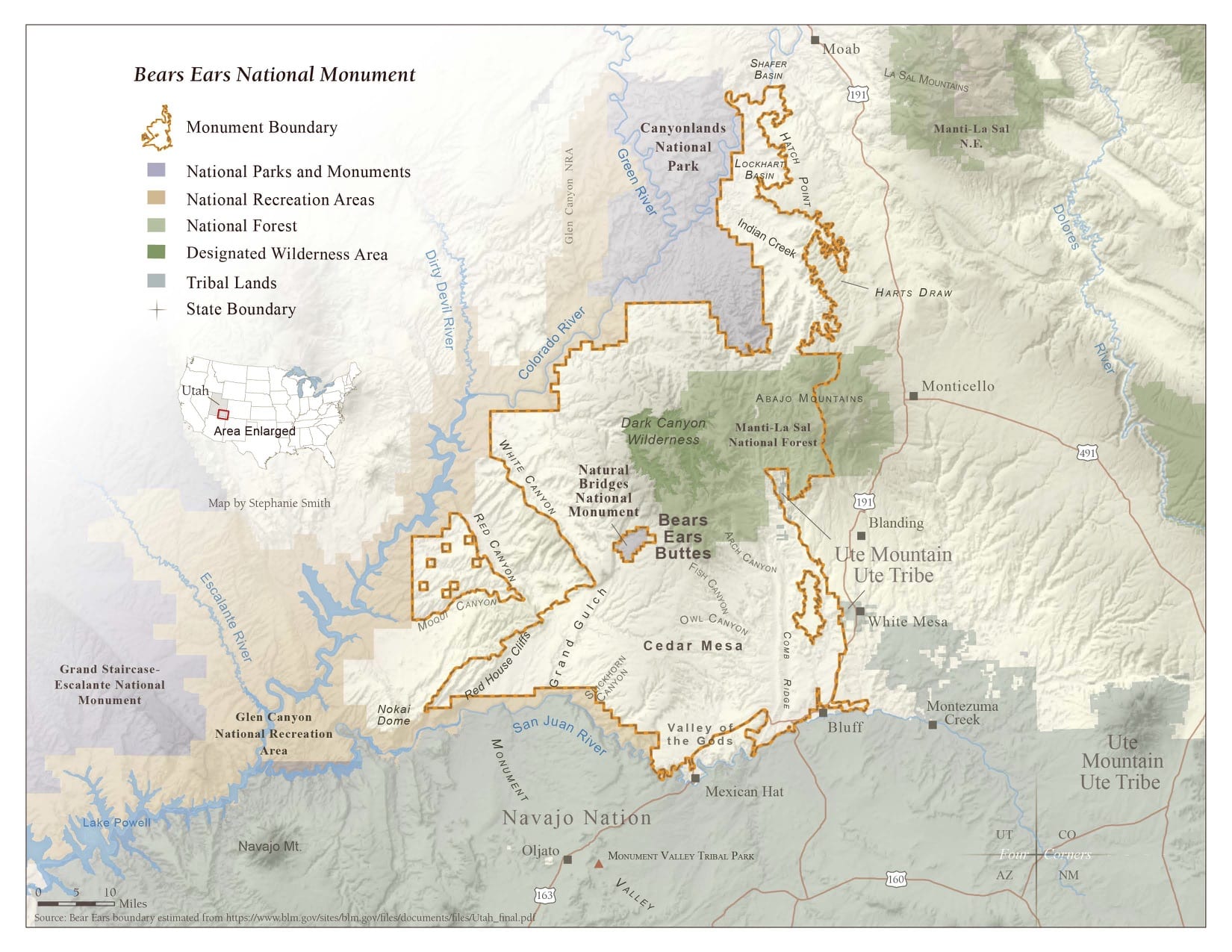 The successful advocacy for the monument declaration was unique and truly unprecedented. While historians, conservationists, scientists, archaeologists, and others have sponsored many requests for protection under the Antiquities Act, Tribes have never before petitioned for a presidentially-declared national monument. As a result, the differences between earlier monuments and this one are many and deep. The government is acting as trustee for these five Tribes. The Tribes are sovereign governments, with deep roots in the communities surrounding the monument, and also possess Traditional Ecological Knowledge that Obama’s proclamation recognized and instructed the agencies to incorporate in the management of the BENM.

Concurrent to the litigation challenging the illegal modification of boundaries and in recognition of the fact that there are ever-growing needs for land management and conservation amidst growing visitation to the Bears Ears landscape, the Coalition has initiated work to develop a comprehensive land management plan for the 1.9-million acre landscape that was depicted in the Coalition’s original proposal to the Obama administration. The Coalition intends to develop a land management plan that is grounded in Native perspective but also easily implemented into the agency planning process lead by the Bureau of Land Management (BLM) and the United States Forest Service (USFS).

BLM’s and USFS’s expedited planning process did not give the Tribes a meaningful voice in the development of a land management plan for the BENM. We reiterate our request that the agencies comply with the government-to-government relationship, by engaging with the Tribes individually and allowing us the opportunity for input and collaboration as encouraged in both the Obama and Trump proclamations.

The Coalition maintains that lands, natural resources, and scientific and cultural resources encompassing 1.9 million-acres within the Bears Ears landscape is in need of preservation and protection as a National Monument. The need to structure long-term, sustainable land management policies to protect and preserve lands and resources within the Bears Ears landscape implicates the federal government’s role and strict adherence to the trust responsibility to consult with Tribes.  We request the principles of the federal trust relationship be upheld by protecting the original intent of the monument declaration and requiring the lead agencies to meaningfully engage the Tribes in the management of the BENM.

Please note, the Coalition does not directly handle any inquires or questions about the Hopi Tribe, et al., v. Donald J. Trump, et al., lawsuit, nor does the organization collectively deal with the case.