Commonly Asked Questions About The Proposal

Will I be able to collect plants and medicinal herbs? Yes. The Bears Ears proposal has been created with Native American uses as the highest priority, including traditional resource gathering.

Will I be able to collect wood for heating and/or ceremonial uses? Yes. Local wood collecting is central to the proposal and will be collaboratively managed in coordination with Tribes.

Will I be able to hunt? Yes. Hunting will be allowed and permits will continue to be managed by the State of Utah’s Division of Wildlife Resources. 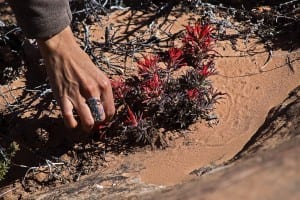 Will I be able participate in ceremonies in the designated area? Yes. The BLM and Forest Service are required to identify the cultural values, religious beliefs, traditional practices, and legal rights of Native American people when making management decisions. Under the Bears Ears proposal, Native American uses will be elevated above other uses for the first time.

Will I be able to continue to visit sacred places, like ancient cliff dwellings? Yes. The majority of sites are open to public access now and will remain open. In the event of site instability or other visitation threats, special accommodations will be made for Native American ceremonial visitation.

Will I still be able to drive to get to places I have visited for many years? Yes. While no roads will be closed by a designation itself, it will trigger a new travel management planning process that will include full public involvement.

Will new energy development and mining be allowed? Existing leases will still be valid and developable; however new leases or mining claims will not be allowed.

Will I still be able to camp, hike, backpack, climb, build camp fires, pick pine nuts, mountain bike, bring pets, ride my horse, or drive my ATV? Yes. All of these activities will continue to be allowed if Bears Ears becomes a national monument or NCA.

Will grazing rights continue within the Bears Ears proposal? Yes. Permit holders will be allowed to continue grazing livestock, with better management to protect sacred sites, plants, and natural areas.

Is it legal to collect arrowheads, pot sherds, and other artifacts? No. These cultural antiquities are protected under federal law. A designation is expected to bring additional management resources to stop looting and desecration that has occurred over the past century.