Coalition Breaks Away From PLI Process

Coalition Breaks Away From PLI Process

On December 31st, the Bears Ears Inter-Tribal Coalition sent a formal letter (opens in PDF) to Utah Congressmen Rob Bishop and Jason Chaffetz, discontinuing discussions over including tribal objectives in the Congressmen’s Public Lands Initiative. The PLI is a process initiated in 2013 by Congressman Bishop to resolve long-standing disputes over conservation on federal public lands in Eastern Utah.

The Hopi, Navajo, Ute Indian Tribe, Ute Mountain Ute, and Zuni Tribes created the Bears Ears Inter-Tribal Coalition in July of this year with the mission to protect and preserve the Bears Ears region in Southern Utah. The sovereign-led proposal is formally supported by an additional 19 Tribes as well as the National Congress of American Indians. 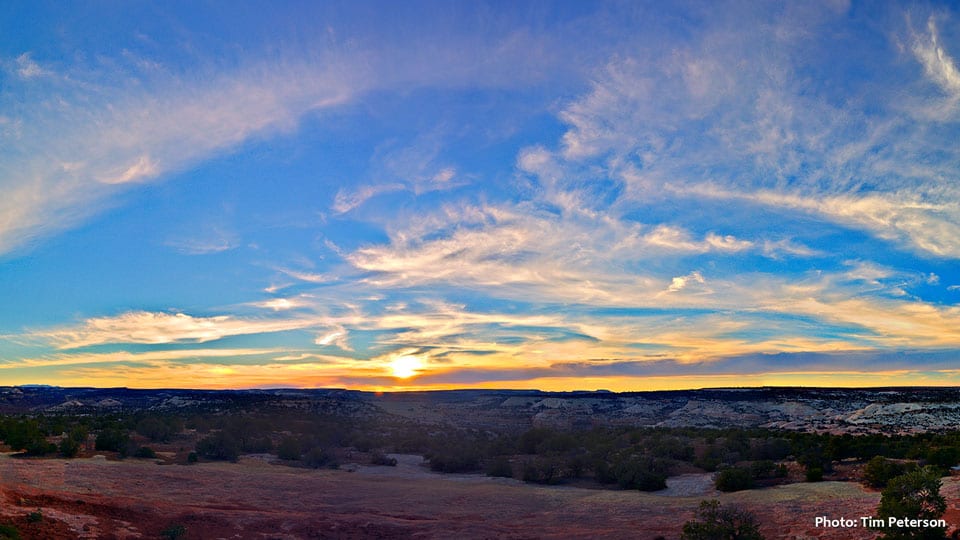 The tribes developed a comprehensive proposal for a 1.9 million acre Bears Ears National Monument, encompassing a glorious landscape that had been tribal homeland since time immemorial. Indian people were forcibly removed to reservations starting in the mid 1800’s. The area is now federal public land.

The tribes submitted a detailed and creative proposal to President Obama on October 15th. The President has broad authority to create National Monuments under the Antiquities Act of 1906, and Bears Ears is a leading candidate. The Coalition is hopeful that the President would grant Bears Ears monument status, but decided to try first the Congressional route of the PLI to satisfy recommendations of the Utah delegation.

“Our proposal confirms tribal cooperation and support and is at its core a process of healing, not only for our people, but our land,” stated Zuni Councilman Carleton Bowekaty.

In its letter, the Coalition detailed a long and callous PLI pattern of “not taking seriously” the concerns of tribes. In numerous meetings, the tribes put forward compelling, specific reasons for protecting Bears Ears. But the Coalition never received any responses to the proposal, positive or negative, just continuing delay.

This has been a problem with the PLI, which has been consistently plagued by missed deadlines. PLI representatives promised a draft proposal by November 30th, and then guaranteed delivery of a report by December 30th, but the draft report has never been delivered. The Coalition still had not received any idea of what the PLI intends to do.

The tribes also faced outright discrimination by the San Juan County Commission. The Commission promised to include the tribal proposal in its citizen survey, but then reneged. A write-in campaign ensued and the tribal proposal received an overwhelming 64% of the votes. The Commission then recommended an industry-supported proposal which received less than 1% of the votes. The Coalition’s letter described this as “extraordinary unfairness” and “the kind of raw, heavy-handed political overreaching rarely seen in America today.”

“Hopi has been instructed to speak and act with the full authority as a sovereign tribe in order to protect all Tuwakatsi, which includes Bears Ears. As Vice Chairman, I stand by my people’s priorities to do so as a member of our Coalition”, stated Bears Ears Co-Chair Alfred Lomahquahu.

The tribes concluded that the Coalition had “no choice” but to discontinue PLI negotiations. Now the tribes will turn to the Obama Administration for monument designation under the Antiquities Act. President Obama has on several occasions welcomed tribal national monument proposals.

Ute Mountain Ute Councilwoman Regina Lopez-Whiteskunk stated, “The President has a responsibility to think and act to take care of her because we all share one mother, and that’s Mother Earth.”