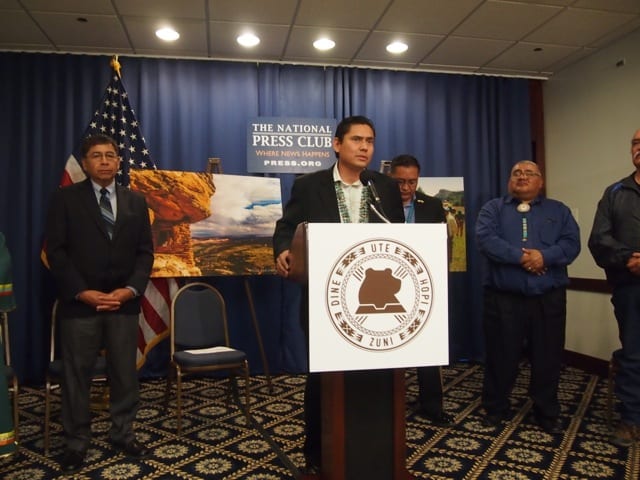 On October 15th, the Bears Ears Inter-Tribal Coalition formally presented to the Obama Administration our proposal for the creation of a 1.9 million acre, collaboratively managed national monument in southern Utah. A copy of the proposal was also delivered to Representatives Rob Bishop and Jason Chaffetz of Utah.

At a press conference at the National Press Club, tribal leaders emphasized that the proposal is an opportunity to bring people together.

“We are here to propose to President Barack Obama a national monument for what we commonly refer to as the Bear Ears,” said Eric Descheenie, the Bears Ears Inter-Tribal Coalition’s co-chair and special adviser to the president of the Navajo Nation. “This is a day about healing. This is a day about a people’s movement, a humanistic endeavor, and this is about collaborative management. It comes very much from the heart of Indian country.”

View highlights from the press conference in this video:

To read the entire proposal, click here (opens in PDF).

To voice your support for the tribal proposal, sign the petition. 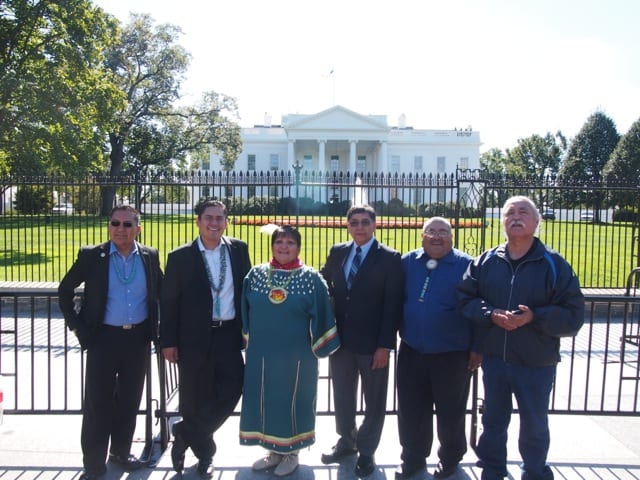 Inter-Tribal Coalition leaders at the White House, just two blocks from the Press Conference at the National Press Club.