More than 300 people from numerous regional tribes travelled to Bears Ears during July 17-19 for the first Inter-Tribal Summer Gathering at Bears Ears. Families from Ute, Hopi, Navajo, and Zuni tribes camped out on in a beautiful meadow at the base of the twin buttes where young and old had the opportunity to exchange traditional foods, exchange songs and dances, and celebrate the shared vision of protecting the region for future generations. 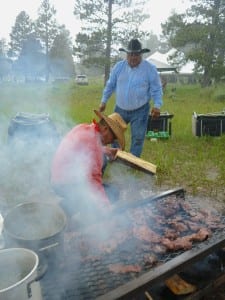 Friday morning, Federal officials were invited to discuss the future of Bears Ears with Tribal leaders at the scenic base of the Bears Ears buttes. Afterwards, festivities kicked off on Friday afternoon when a group of horse riders came galloping into the meadow on horseback. They were welcomed by attendees and volunteers who had prepared the site, including setting up a 120’x60’ tent. Traditional Navajo song and dance were performed under the tent Friday evening, and many took shelter beneath its spacious awning on Saturday when a dramatic rainstorm swept over Bears Ears, blessing the Gathering with moisture.

On Saturday afternoon the Ute hosted a venison feast supplemented with traditional Hopi piki bread, wild spinach, and other traditional foods brought by Hopi tribal members. Ute musicians and dancers performed the renowned Bear Dance in the meadow, inviting onlookers to participate while the Bears Ears listened in. 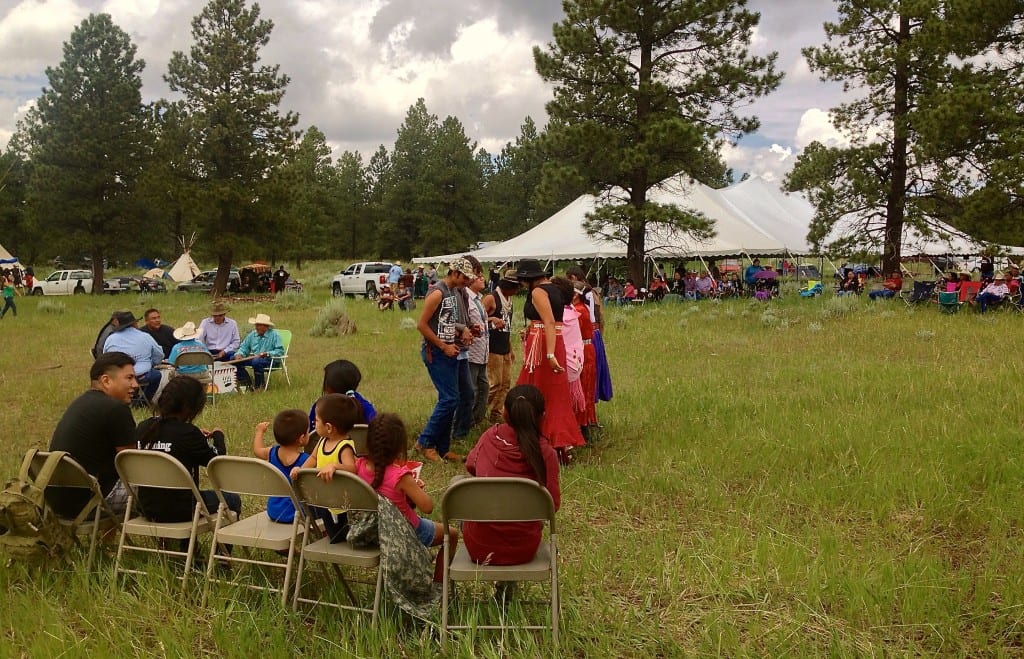 In all, it was a wonderful weekend of celebrating our different Tribes’ common connection to the Bears Ears cultural landscape in the very place that we are working together to protect. This may have been the first Summer Gathering at Bears Ears, but designating the region as a National Conservation Area or National Monument will ensure this place is still just as pristine and accessible when those who were youngsters at this event are someday leading the ceremonies themselves.