WASHINGTON, DC – The Bears Ears Inter-Tribal Coalition, a coalition of five sovereign Tribal Nations – Hopi, Navajo, Ute Indian Tribe, Ute Mountain Ute, and Zuni – will hold a press conference on Wednesday, May 3rd, at 9:30 AM ET at the National Press Club in response to President’s Trump executive order on national monuments, his comments on Bears Ears National Monument, and threats to the Antiquities Act. We encourage all members of the press to attend the briefing in-person. Those who cannot are invited to participate by calling 800-954-1052. To watch the press conference live via webcast, click here. 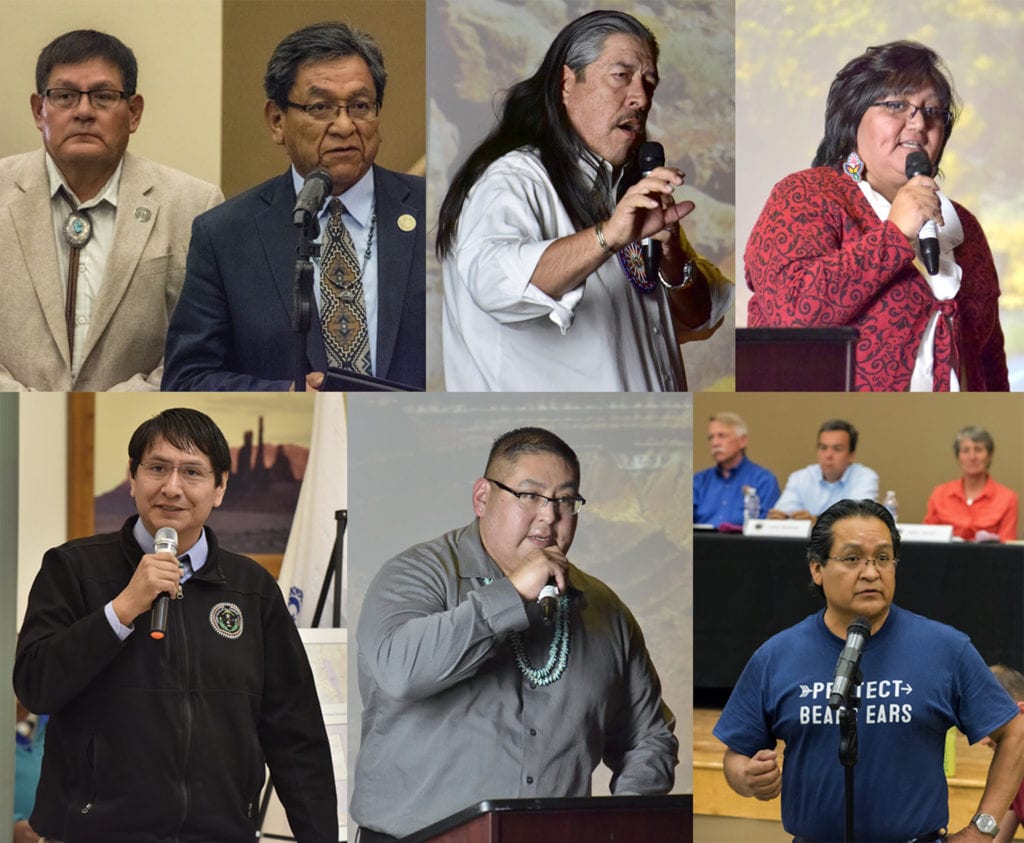 WHAT: Response to Executive Order on National Monuments from Bears Ears Inter-Tribal Coalition

WHERE: The National Press Club in Washington, DC, in the Zenger Room.
Reporters can also participate by teleconference at 800-954-1052. A webcast of the event will be available at http://BearsEarsCoalition.org/webcast.

WHY: The Bears Ears region in Southeastern Utah has been home to Hopi, Navajo, Ute Indian Tribe, Ute Mountain Ute, and Zuni for countless generations. The Bears Ears National Monument took more than 80 years to designate. The proclamation acknowledges a cultural landscape rich in antiquities, with more than 100,000 archaeological and cultural sites sacred to dozens of tribes. It also declares with the full force of Federal law that the Secretary of the Interior must work with Tribal Nations, through the Bears Ears Commission, on the management and protection of the resources within the monument.

The April 26th executive order creates a so-called ‘review’ is a thinly veiled attack the designation of Bears Ears National Monument. Secretary Zinke has ignored meeting requests from sovereign Nations to meet regarding Bears Ears since January. He now plans to meet with state and county officials and only give a cursory 45-day look at the lengthy process that led to the designation of Bears Ears National Monument.

To RSVP or for additional information, please contact BearsEarsPress@gmail.com.