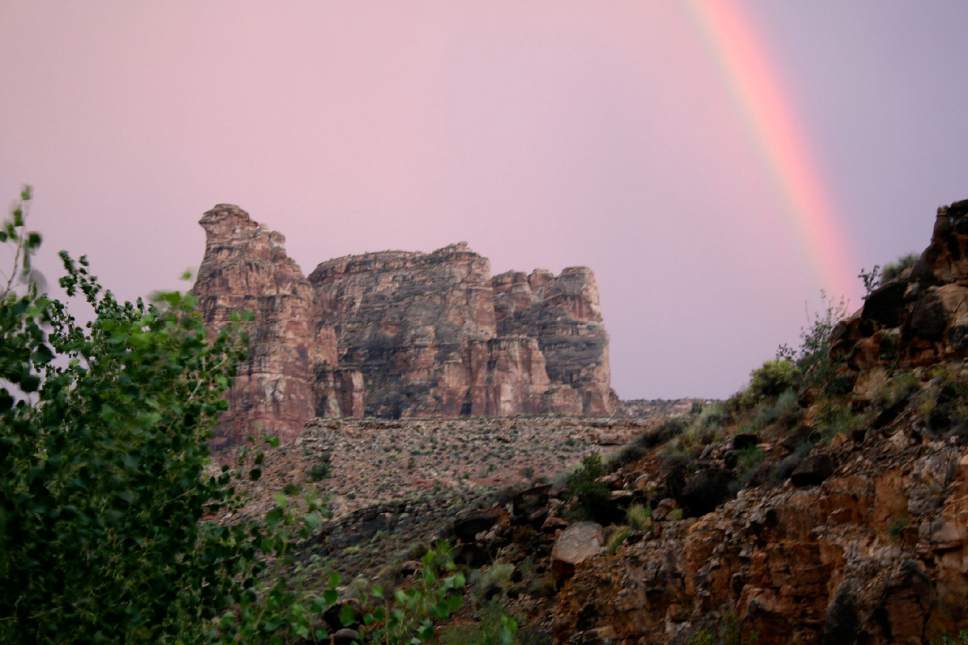 (Al Hartmann | Tribune file photo) Rainbow forms at the end of the day in Dark Canyon Wilderness in San Juan County. The area is included for a proposed Bears Ears National Conservation Area.

The editorial board of the Salt Lake Tribune comes out strongly in favor of President Obama designating a Bears Ears National Monument using his authority under the Antiquities Act:

Just about everyone who spoke at Wednesday’s meeting of the Utah Commission for the Stewardship of Public Lands was arguing for President Obama to order the creation of a 1.9 million acre Bears Ears National Monument in southeast Utah.

So that is exactly what Obama should do.

Most of the support for the monument proposal came from the overflow audience, which included regular citizens, environmental activists and, most importantly, representatives of Utah Dine Bikeyah and the Bears Ears Inter-Tribal Coalition which is comprised of five tribes including the Hopi, Zuni, Ute Mountain Ute, Uinta-Ouray Ute and the Navajo Nation….

[D]ecisions made about this and other national monuments, parks and wilderness areas aren’t about Utah. They aren’t about the few who rule over the many in the Legislature or on the San Juan County Commission. They aren’t even really about the United States of America.

They are about natural and cultural heritage and treasures that belong to all humanity. That the United States, by accidents of history and geography, happens to own that land and owns the duty to care for it in ways that make it available, first to the descendants of those who lived there millennia ago, then to the rest of us.

The borders on the white man’s maps — counties, states, nations — matter little except to assign responsibilities. They do not convey or imply the right of those who happen to live on one side of some of those borders to covet and exploit these lands for their own short-term political and economic gain….

Thus should Obama end the delay, the bickering and the suspense and create the Bears Ears National Monument.